Now it’s been a full month since I left, how crazy! On Monday, I made my way to London! It was about a two and a half hour train trip under the ocean. I was expecting to see sharks and jellyfish but I was disappointed to see nothing of the sort 😦 Just a big, black tunnel that made my ears constantly pop. Finally, I arrived at St. Pancras Station. The first thing I noticed about London was how clean it is! No more having to watch every step I take in order to avoid stepping in the presents that the dogs left behind. And I love the cars! I don’t know why, I don’t even like cars… It was also weird to be able to talk to people I don’t know in English! I’m so used to approaching someone and only speaking French, so that was nice! I got to London around 2:30 and went to find my hostel, Clink78. It’s actually really close to the train station so I didn’t have to worry about the metro very much since almost all of the metros stop there. I found my bed in my 14-person dorm and it actually wasn’t that bad! After getting settled, I made my way to the will call office so I could pick up my Olympics ticket. I then headed to the Hard Rock to get my drumsticks before going to Hyde Park. I had to go through security before getting in but once I got in, it was so cool! They had some kind of chocolate tour and then they had four huge screens, each playing a different event of the Olympics. There were people everywhere! I made myself say hi to the first Canadians I saw and you’ll never guess where they were from… Regina! So they gave me some of their leftover tattoos since I didn’t have any, yay! After Hyde Park, I went to Buckingham Palace and watched the guards move (I thought they weren’t supposed to?). It started raining so they had to move into this little hut thing. I then went to the Big Ben and Parliament Buildings, which were gorgeous! London’s architecture isn’t as breathtaking as France, but I really enjoyed those buildings! I also got a nice view of the London Eye, didn’t go on though. I spent too much money on souvenirs… (so much for no more shopping!).

Tuesday, I woke up and had breakfast. I sat with this guy named Cameron who was from the UK and has never left except for Belgium, which I found absolutely insane. He said it’s not weird at all for EU citizens not to travel Europe. His accent was sooo strong though; half the time I felt like he was speaking a different language! After breakfast, I went to the London Tower and walked across the Tower Bridge, then walked along the river. I didn’t really do anything specific, but there was so much going on everywhere because of the games so it was always easy to find something to look at or to do. I then went to the station so I could head to Olympic Park. They said to leave at least three hours before your event so I was ready (and had been counting down every minute before then) by 4. I was impressed at how organized they had made everything; they kept the crowds moving smoothly and I seldomly had to wait (except for getting back to London). We had to go through security, just like you would at an airport. No drinks or liquids unless they’re less than 100mL! The Park was so cool! I heard someone beside me yell out, “This feels just like Disneyworld!”And was he ever right! There was that magical feeling you get, like a kid gets on Christmas morning, or that we all get at Disneyworld. It was just so awesome to be there, it almost didn’t seem real! I found my way to the Aquatics Centre and got in nice and early (so I could watch them dive beforehand). Only a true fan would know Alexandre Despatie from across the Aquatic Centre, just by seeing him holding his lavender towel 🙂 I was second row on the balcony, which were considered the best tickets. But when I sat down, I couldn’t believe I paid THAT much money for the view that I got. Sure, the seats WOULD have been awesome… If the staircase wasn’t right between my seat and the diving boards. Literally could not see a thing! So I made friends with the two girls from Great Britain who were sitting behind me (they bought cheap tickets for the women’s diving and said those seats were better than the expensive seats) and then I moved beside them once the diving started. I was able to see the entire competition, yay! The diving was great! It was just too bad when Alexandre’s knee buckled during his last dive, causing him to slap across the water, and making the entire crowd go, “Ooooooh,” in unison. I felt bad for him but he was happy with his overall performance, considering he lost three weeks of practice due to cracking his head open a month before the Olympics. After the medal ceremony, I was heading out of the Aquatic Centre and heard, “Canada!” So I met Phil and his son Justin (who’s about my age) who are from Montreal but moved to London in 1997. They invited me for drinks so we got some beer and strolled around Olympic Park. They were really nice guys and it was fun to meet some Canadians! I then headed back to my hostel, which took forever! We had to wait outside in the rain while they slowly piled us onto the Javelins. I didn’t mind, but it was pretty difficult to enjoy myself with everyone around me complaining. The next day, I went to St. Paul’s Cathedral and then walked through Picadilly until I made it to Westminster Abbey. After my back and shoulders could no longer hold the weight of everything I brought (and bought!), I went to the train station and waited to go back to Paris.

On Thursday morning, Ben came to Paris! I met him at Starbucks and then we stopped at my apartment before I gave him the big tour! We went to the Notre Dame, the Pompidou Centre, the Louvre, and through the Jardin des Tuileries. Lots of walking, so Ben was sure ready to pass out by the time we got home. I was impressed that he was able to stay up til 10! On Friday, we went to Versailles. We first went to an Italian restaurant for pizza and chocolate mousse (so good!), then we went to the castle grounds to relax in the sun. After Versailles, we went to Rambouillet to go to the Celtique! This time, no one I knew was working there; I was quite disappointed. That status that the girls and I worked SO hard to get was gone. No more being the important customers who were greeted upon their arrival. Now we had to wait. And wait and wait until someone came to serve us. Just like we had to do the first time we came three years ago. How sad… After the Celtique, we went for a walk in the castle grounds and stopped at my school before heading back to Paris. On Saturday, we did a walk from Concorde to the Arc de Triomphe to Trocadero to the Eiffel Tower. By that time, we were both extremely tired so we went back to the apartment for dinner, then went to the Sacré Coeur for a bit before trying to get to bed early.

Sunday morning, we woke up extremely early to pack up and leave the apartment. We went to Hillsong (for my last time) and then went for lunch with Beatrice. Now we’re finally on our way to Switzerland! We’re heading to Geneva first so in about three hours, I’ll be there! Now the adventure begins! And now I’m ACTUALLY backpacking! I have my little university backpack, and I have about six shirts, one pair of pants and one pair of shorts to last me for the next five weeks! I’m actually quite impressed that I was able to put that and a sleeping bag in my backpack! We’ll see how it goes… I hope everyone’s doing well! Love always 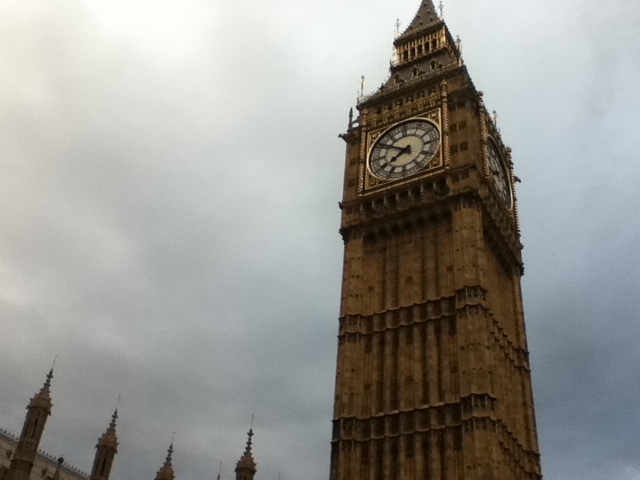 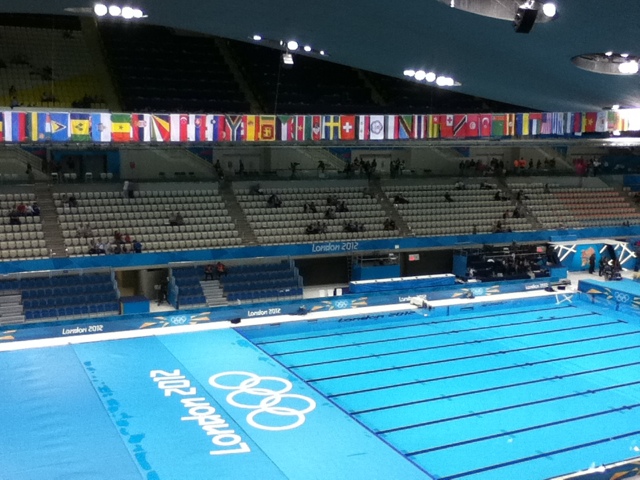 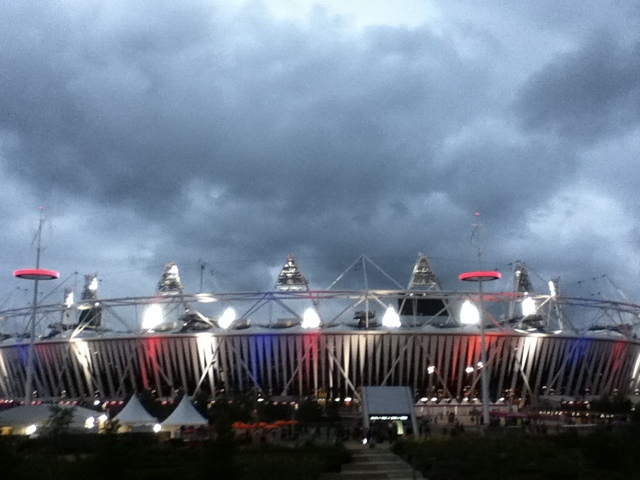 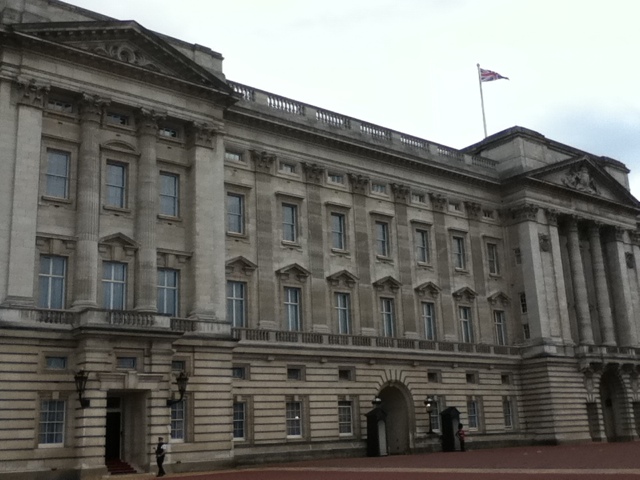